Another one of my favorite articles... We got a Black President - Now what?

We got a Black President…Now what?
Now that Obama’s in office has young America stopped voting? Who and where are our Senators? Here I go again with my statistics.
On February 23rd, 1870 the first African American was elected to serve in the United States Senate. Since 1870, there have only been five (yes, I said ONLY five) other African Americans ever to serve in the Senate and only seven Hispanics.
How come this is something that young America, especially young African Americans and Hispanics are not more concerned about? The United States Congress is the legislative branch of the Federal Government. Shouldn’t we be more involved?
Not surprisingly, President Obama is the first and only President to appoint an African American to Senate. Of the only six African Americans, President Obama was the fifth and won his election by the popular vote. That goes to show you right there that your vote does count!
The fact that Illinois has a high rate of voters as well as a high African American population may account for the fact that the last three Senators, Carol Mosley Braun (1-3-93 – 1-3-99), Barack Hussein Obama (1-3-05 – 11-16-08) and Roland W. Burris (12-31-08 – incumbent) were all from the state of Illinois. Come on America, let’s take a page out of Illinois book and start voting for our Senators as well.
On February 3rd, 1870 when the amendment was ratified and everyone was given the right to vote why hasn’t this advantage been taken yet? What are you waiting for young America? You think just because we got a Black President, everything is all good now? Why aren’t we exercising this right? This is a privilege we are being given. Many people died and are still dying to this day just to make sure we maintain this right. Have we become that complacent that we are leaving all of the decisions regarding our future to the few people that decide to get out there and vote?
It just absolutely blows my mind that these statistics are true and correct. How can we not be more aware of who are government is.  I wish this article would have been my topic last month and maybe I could have encouraged just a few of you to vote. Hopefully, this time next year you will remember this article and get out and vote. You may think your vote doesn’t make a difference but it does. When it comes to our Alderman, Mayors and Senators, the popular vote makes a big difference.  I hear constant complaints regarding discrimination. How can we even have the nerve to complain when we are not using our right to vote and starting in our backyard by getting the proper people in place to insure that discrimination does not happen?
I said all of that to say…If you didn’t get out and Vote, you have no “Right” to complain about anything.
Posted by Unknown at 8:30 AM 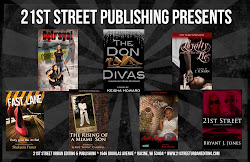